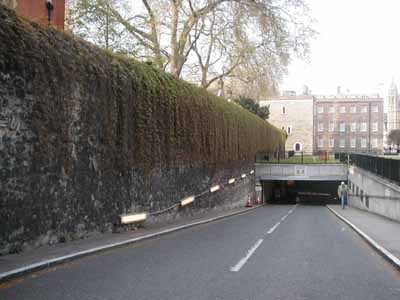 IN THE PRISONER: This location represents the vehicle entrance to the offices of Number Six's bosses. It appears before and after the resignation scene in the opening sequence where Number Six's Lotus is seen driving down (and later back up) the entrance ramp. The car park ramp features again in "Many Happy Returns" and "Do Not Forsake Me Oh My Darling" when Number Six returns to London and visits his former colleagues.

IN REALITY: Abingdon Street Car Park is located a stone's throw from the Houses of Parliament in Westminster, London SW1. Only the exterior of the car-park was shown in the series, as the interior car park sequences were filmed at another location, under Park Lane. This location forms part of the twice-yearly Prisoner Location Walkabouts (details on our events page). This car-park entrance also appears briefly in the 2004 Rowan Atkinson film "Johnny English" (thanks to Mitch Nozka for this info), and a 2015 Jaguar TV advert. 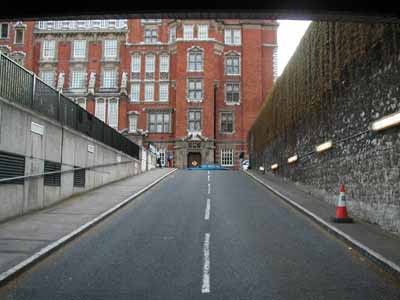 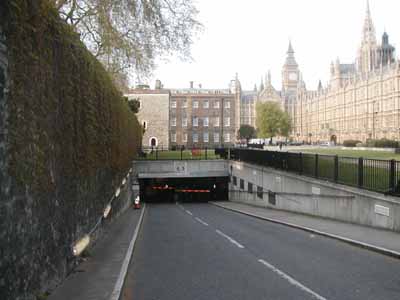 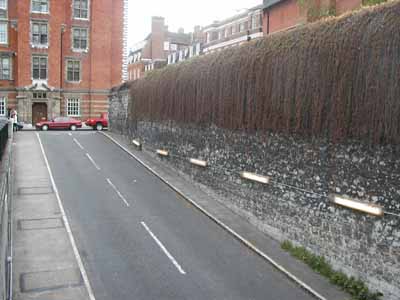