JOHN DRAKE - BOWLER, "THE GIRL WHO WAS DEATH" 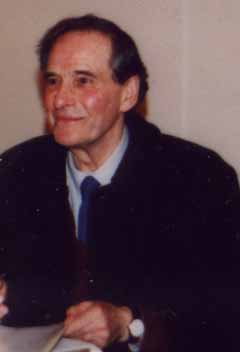 Adapted from an interview conducted by Dave Jones and transcribed by Dave Healey, with their kind permission.

JD: "I worked with Patrick before he made "Danger Man", on a BBC Television play. I like him enormously. He was a man of enormous ideas and great integrity. I think he really wanted to change the way people looked at society. I think that was quite a genuine mission really on his part. And when he had made enough money on "Danger Man", he decided to do something with a bit more depth. He was very much involved, as I understand it, with the whole set-up of "The Prisoner".

"As far as "Danger Man" was concerned I was a bit put out at the time. I realised quite late in the day, because I hadn't read the advance publicity, that they were going to use my name as an actor for the principal character in a new series. And I thought: "This is not going to be good for me." I contacted the legal department of Equity and said: "Can we do anything about it?" They were very reluctant and a bit worried about the whole thing because, as they pointed out quite rightly, at this stage they had already shot an episode and advance publicity had gone out so, in fact, if we had been able to stop the series legally it would have cost them hundreds of thousands of pounds. And, of course, Equity did not really want to get involved in that kind of situation with a pretty unknown actor. Also, it wasn't certain that, if I did start legal proceedings, I would, in fact, get anywhere. If you sue, it's assumed that your name is being used in a detrimental way, which, in a sense, it wasn't. So I accepted the situation and it went ahead."

"It did confuse some of my friends who said: "You looked awfully different on television." (laughs). I actually got some of Patrick McGoohan's fan mail at one point; so it did cause, sort of, minor confusion. (laughs). When I suddenly found I was offered a part on "The Prisoner" I was still slightly smarting from all this, so I thought: "Well, I don't know-I'll just do it." I had nothing against Patrick. I didn't meet him at all; as is the nature of filming you frequently meet very few of the people who are in the film with you because you're only shot in the scenes you're in."

"The only person I remember meeting was Christopher Benjamin, who was a charming man. We spent most of the day discussing my divorce! In fact I did most of the talking and he nodded sympathetically. Looking back it was quite a pleasant day's filming. We were out in the open air playing cricket. Like many people I wasn't quite sure what the script was all about. I read it quickly the night before and thought I understood it. As far as I remember there was a bomb inside the ball. I did manage to find out that it wasn't a real bomb, which reassured me! We had about six takes. On the fifth take something happened to my leg. The sixth take was in the bag, thank God, because I don't think I could have gone on. It was about an afternoon's work."