"In My Mind". A film by Chris Rodley.

"an astonishing piece of work" 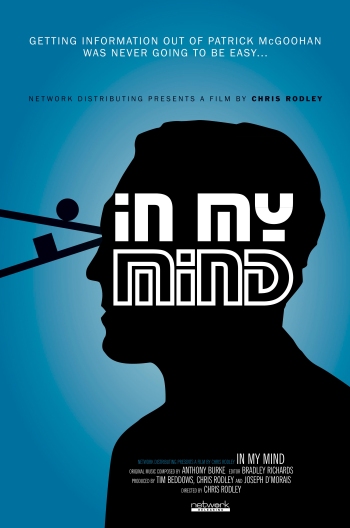 In January 1984, Channel 4, at the end of its repeat run of 'The Prisoner' aired a 60-minute documentary programme about the series, featuring interviews with cast and crew, including Patrick McGoohan, called 'Six into One - The Prisoner File'. Whilst it was, and is, interesting to hear the thoughts of some of the interviewees, 'Six into One' is, frankly, terrible.

Written by Chris Rodley, who also conducted the interviews, the film was hated by McGoohan, and he demanded it not be shown. Whilst it did receive that one initial screening, it has never received a Video or DVD release, and never will.

'In My Mind' is a new 90-minute film from Network, in which Chris Rodley revisits the events of the making of the original film in 1983, and attempts to present McGoohan's perspective on 'The Prisoner' series. Quite simply, you've never seen a documentary like it.

The finished McGoohan interview seen in 'Six Into One' was actually the last interview shot at the time. A previous, and longer, session with McGoohan was recorded at a deserted house, and this previously unseen footage makes up the first portion of 'In My Mind'. It is enthralling, and slightly un-nerving stuff. It presents a raw McGoohan, a McGoohan we've not seen before. Stripped back, clearly agitated, clearly on-edge, and yet also in control. It is these confusing juxtopositions which make both the man, and the film, totally fascinating. 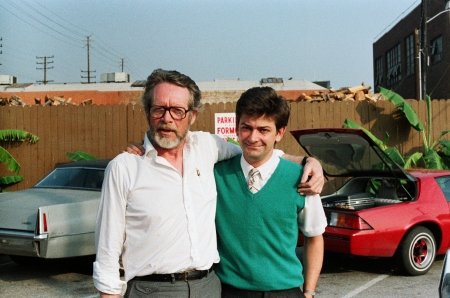 At the time, this presented Rodley with something of a challenge, and through a series of out-takes that we are shown, it's clear that Rodley was out of his depth. 34 years later Rodley gets this across with total believability, and our sympathy. It's like we are immersed into someone's own personal Big Brother but with only one housemate (McGoohan), seemingly not wanting to leave, yet keen to get away. It makes for slightly uncomfortable viewing at times, but this is Rodley's intent. We are un-nerved, yet totally gripped. This is unlike anything 'Prisoner' fans have been served up before. 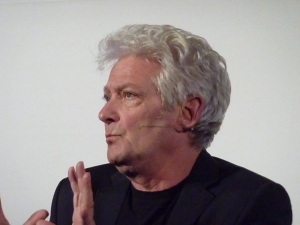 Both this first session, which McGoohan is seen basically directing himself, and the final session in Pacific Pallisades (Patrick's home, which may go some way to explaining his more natural and comfortable approach to that second interview) are included. Interspersed with this footage is an interview conducted in 2017 with Patrick's eldest daughter, Catherine, a 1970s interview, previously only available on hooky fan-copied discs and on youtube, with Warner Troyer for the Canadian Education Authority, clips from 'The LA Tape' (McGoohan's own version of the interview which he submitted to Channel 4 in late 1983), and some previously unseen behind the scenes 8mm amateur footage of 'Arrival' filming in Portmeirion (as well as various slides and photographs).

I have to at this point declare an interest, in that the 8mm behind the scenes footage, the 1966 Portmeirion slides, and several of the previously unseen stills used in the film, were contributed by myself. But anyone can submit stuff, it's the presentation of the material which makes this such a special film, not just the source material. The comparison between the 8mm footage, and the finished 'Prisoner' footage that we know today, is beautifully presented. 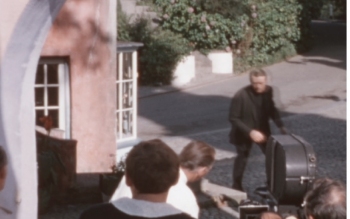 The interview with Catherine McGoohan is wonderful, she offers a unique insight into her father's work and approach, and of the other new content the stunning Portmeirion drone footage directed by Rodley in the summer of 2017 took my breath away. When visiting Portmeirion, one often says, and hears, the phrase 'each visit I find a new vista'. This footage has views and vistas nobody has ever seen before, and the footage is used to maximum effect, yet tantalisingly sparingly (can we see it all as an optional extra in the future, Network?).

Rodley provides the voiceover to the film himself, and this voiceover is both effective and heartwarming. This warmth fills every frame, and when he recounts the events of 1983, you feel his pain. It's gut-wrenching to see his big chance ebbing away from him. Rodley is self-effacing throughout, and this only endears us to him, but also to McGoohan, who clearly wanted to help him all along and shared his frustrations with the inept crew that Rodley had been given.

It is just as much Rodley's story as McGoohan's, and this is what sets it apart from not only his previous film, but all previous films and documentaries which have set about trying to understand the man and what he created. Whilst the new content is welcome and needed, it is Rodley's original footage, something of a disaster from everyone's perspective at the time, and our renewed interpretation of it, which drives the film and is most enthralling.

'In My Mind' is a passionate and entertaining look at how things might have been, and how things were. If you're expecting a definitive answer to any questions, you'll be disappointed, but to be expecting that would be missing the point of the piece. Rodley lived a dream and also a nightmare in 1983, and we're taken with him on his rollercoaster ride with Patrick McGoohan. What Rodley may have lacked in 1983, he certainly doesn't now, and 'In My Mind' can only be described as a captivating and unmissable documentary.

'In my Mind' is an astonishing piece of work, telling two stories as one, perfectly intertwined, giving us new insights, new footage, and new interest, yet asking the same old question we have been asking about McGoohan, and his Number Six character, for 50 years: 'Who is he?' You might not get an answer to that question, but you'll love sharing Chris Rodley's journey to try and find one.

'In my Mind' is available on Bluray and DVD HERE, where it is also available as part of 'The Prisoner' 50th anniversary set. The film was first screened at 'Fall In - The Prisoner at Fifty' (review HERE), and will be shown at a special BFI event in November 2017 (details HERE). 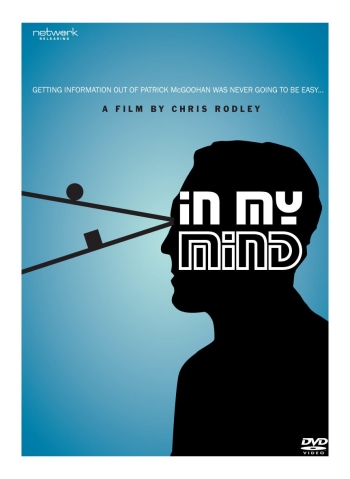