More detailed reviews and photo reports of the London locations walking tours can be found HERE.

On Saturday 11th October 2019, the second of the year's twice-yearly popular Danger Man and The Prisoner locations tours took place.

The fact that it was one of the wettest days of the year did not deter a couple of dozen fans, many of whom were attending the tours for the first time (and some from as far afield as Wales, and even San Francisco).

The morning tour is dedicated to Danger Man, with scenes from the opening sequence, and several hour-long episodes, visited, with also the inclusion of other cult series' locations such as Return of the Saint, and Randall and Hopkirk Deceased. 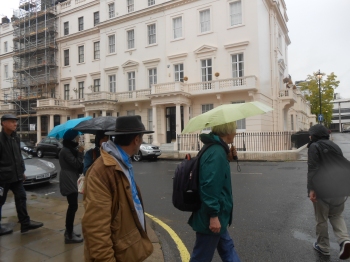 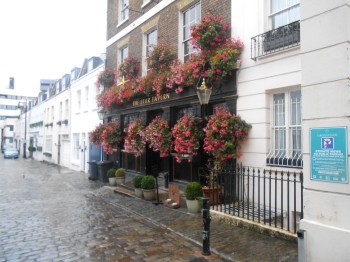 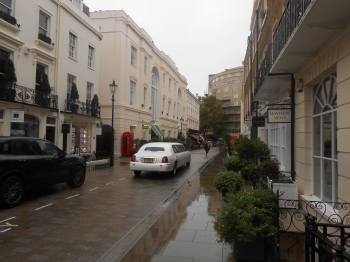 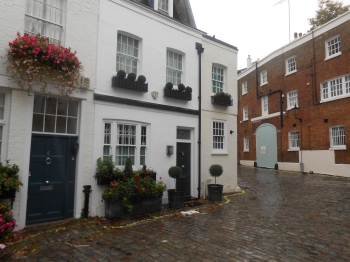 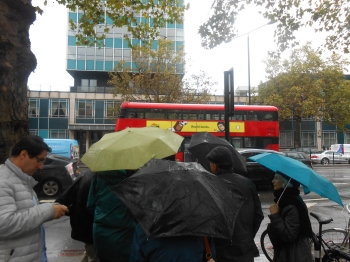 After a break for lunch, it was then time for the afternoon The Prisoner tour, with over 20 locations from the series (including those from the opening titles, Many Happy Returns, Do Not Forsake Me, and Fall Out. Despite climate change protestors taking over Marble Arch, and little improvement in the weather, a fantastic time was had by all, with new friendships made, as everypne afterwards went to the local pub for food and drinks. 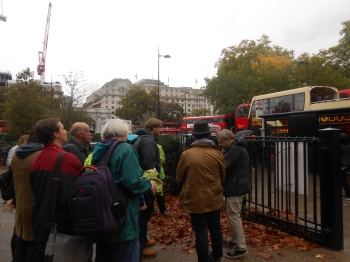 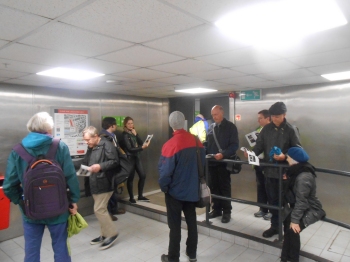 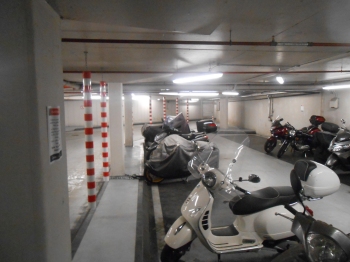 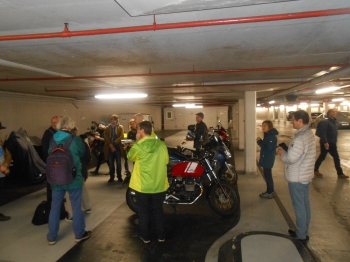 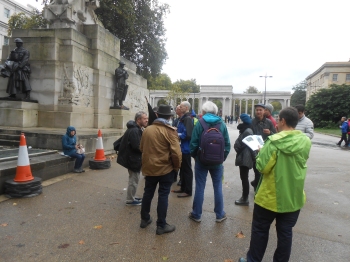 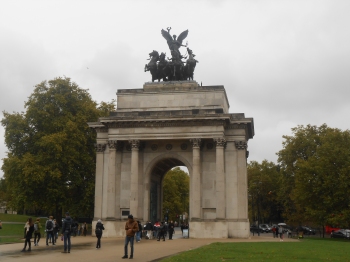 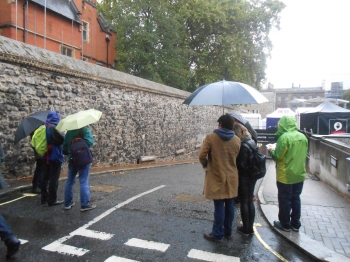 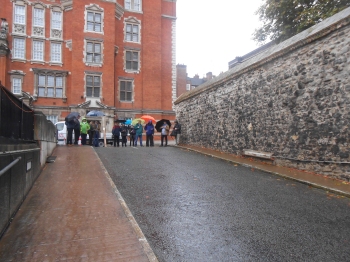 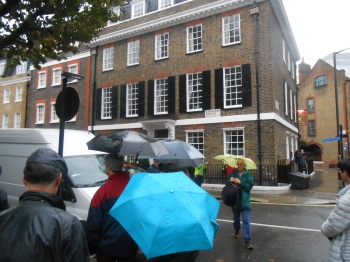 Dave's tours take place twice every year, and are free to attend. Click HERE for details of future tours.