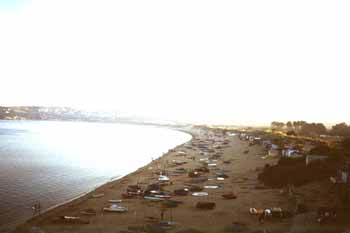 IN REALITY: The boat used as MS Polotska in "Checkmate" is the same boat used in "Many Happy Returns" as the Gunrunners' ship. The boat was, in reality, the "Breda", then owned by North Wales residents Mr and Mrs Beer (who were paid the princely sum of £10 per day for use of the boat). The exterior sequences were filmed at Abersoch (on the Coast of North Wales), with all the interior scenes filmed at the MGM Studios. Details and images HERE.