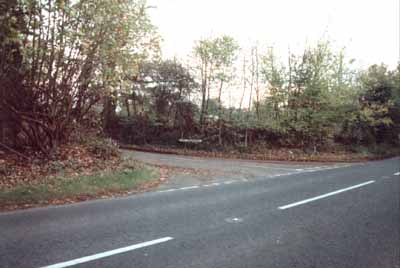 IN THE PRISONER: In the car chase in "The Girl Who Was Death", Death's white Jaguar, closely followed by Number Six's blue Lotus, are seen turning right, following a signpost which reads "Witchwood".

IN REALITY: The road they turn off of is Well End Road, Well End, and they turn right into Buckettsland Lane. Witchwood is a fictional name and no such signpost exists. This location in Hertfordshire was near to the MGM studios in Borehamwood where much of the series (including the later "Witchwood" sequences) was filmed. The left photo (taken 1989) and bottom left photo (taken 2004) show the turn off, the bottom right photo (2004) is looking down Buckettsland Lane in the direction they would have then travelled. 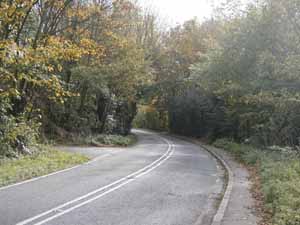 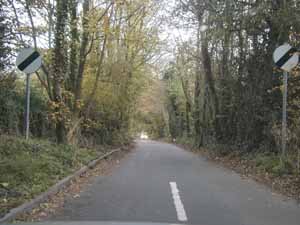