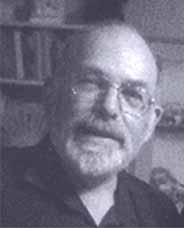 Adapted from an interview conducted by Carmel Morris, with her kind permission.

CM: I'm told you are good friends with Leo McKern, the Australian actor who played Number 2 three times in The Prisoner?

DN: Oh, yes. I met Leo many years before The Prisoner. Leo had done a few university plays and some radio. He is a fine actor and has been in so many films and series, including, of course, Rumpole. Leo also directed me in London in The Shifting Heart', an Australian play, which Lawrence Olivier produced. I didn't run into him during The Prisoner as we were, of course, in different episodes.

CM: How did you get involved in The Prisoner?

DN: My agent called and said they wanted me for a couple of days on The Prisoner in an episode called The Schizoid Man. I had no idea what it was about then and, quite frankly, I have no idea now! (laughing).

CM: So you had no picture of the greater plot when you rehearsed?

DN: I think it was already on air, I may be wrong. It was a long time ago! I knew about it as, you know, one kept in touch with what was going on. As for the subject matter, it was quite compelling - mysterious.

CM: I understand all of your parts were shot in-studio and not at the village.

DN: I have a feeling it was Shepperton Studios where I acted alongside Anton but my memory is not what it used to be!

CM: Were you close to Patrick McGoohan?

DN: Oh, not that close, two days working with him on The Prisoner.

DN: Yes... did I? Oh yes! I don't quite remember it all, but I think I also had to carry his body. Anton Rodgers was the other character I played alongside with. He was the 'Number 2' for that episode. He became quite a big star over the years in theatre and in television. He did a lovely series - can't quite remember the title - with Julia McKenzie ["Fresh Fields", RD]. We had caught up with him from time to time, having even dined in his caravan, which he had brought to the theatre to stay in. McGoohan was an intriguing man, for an actor, let alone a character in The Prisoner. Oh,... we got to say "hello" in passing and it was a pleasure to even have a small part with him. Come to think of it, I don't think he ever got that left hand going well! (laughs).

CM: Have you been to Portmeirion?

DN: No. Quite a few actors from The Prisoner haven't visited there. It has been thought of as too much of a tourist place. I would still love to go, but maybe in the off-season. I always meant to spend more time in Wales, as I had a Welsh grandmother. My ancestors go back to Cardiff.

CM: Given there was no NIDA, or any other acting body, in Australia in the early days, where did you learn your craft?

DN: My mother was a professional actress and singer, and my father was a well-respected amateur actor. I joined Actor's Equity and grew up in an atmosphere of actors, though my parents never encouraged me to be an actor.

CM: Would you have done any more Prisoner roles had the offer arisen?

DN: Oh, of course. But there were not a lot of episodes!

CM: Another 'Number 2' I admire is Peter Wyngarde. Did you ever meet him?

DN: Oh, yes! I toured with him in England in Anastasia for some six months4.

CM: I had a huge crush on Peter Wyngarde when I was a child.

DN: Yes, well, he was really an outrageous character. You couldn't believe the clothes he wore. We played a West End season at the Cambridge Theatre. He played theprincipal lead character, which Yul Brynner played and which I played before Yul Brynner at the very first season - at four days' notice I might add, but that's another story. Peter was flamboyant and didn't like the designs for his costumes when he saw them on paper. He didn't say anything, went off and engaged a designer to design all his uniforms, which looked over-the-top!

CM: He was certainly flamboyant in Jason King. There seemed to be a renaissance of spy shows at that time. Another series I liked was the ITC show Man In A Suitcase starring Richard Bradford.

DN: Oh, goodness, I was in an episode of that! I think it might have been the first episode, or near the start of the seasons. There was so much of that type of series out then.

CM: Interestingly enough, Ron Grainer, who wrote The Prisoner and Doctor Who theme music, also wrote the Man In A Suitcase music.

DN: Yes, he did a huge amount of work. He was the television composer for a long while.

CM: So are you firmly back in Australia now, or are you a citizen of the world?

DN: Well, I came back for six months to do a play and I have stayed here for twenty, years since, though I do move around quite often. I finally sold the flat in London not that long ago. Spent years, though, trying to get squatters out of my flat. There was so much red tape to get through.

CM: Ah, yes, bureaucracy - a village of the greater world! Anyway, we have The Schizoid Man episode with us. Would you care to watch?

DN: Goodness, did you buy the episode, or was it taped?

DN: I didn't know it had been issued. Where are my royalties?! (thumping his fist on the arm of the chair, in demanding tones, then smiling).

CM: Indeed. Let's see if you recognise the young Anton Rodgers. You were also in Doctor Who. Did you ever come across an actor by the name of Roger Delgardo?

DN: Yes, I played a part in The Enemy Of The World, a Patrick Troughton story. Funnily enough, that story featured a man by the name of Salamander - a look-alike for 'The Doctor'.

CM: Just like the doppelganger in The Schizoid Man! I love villains.

DN: Well you would! Wasn't your dad's uncle Dan Duryea?

CM: Yes. He played a baddy in many a western and even had a part in Flight Of The Phoenix. But hey, I'm doing the interview here! Let's look at the tape.

[We play The Schizoid Man]

CM: We can lend you this episode if you like. Maybe even take a snapshot of your part?

DN: You wouldn't believe how many snapshots I took off my television interviews. They work quite well, when you remove the flash.I was interviewed by Arsenio Hall for one of my books, at FOX LA. While the show aired later that night I took snapshots of the T.V.

[One of David's scenes approaches.]

[As the episode unfolds, the fencing scene opens with 'Number 6' and 'Number 12'.]

DN: Watching this duel, behind the masks... one of the two [doubles on long shots] I'm sure is Bill Hobbs, who
used to be an actor here in Sydney. Went to England, had always been good at sword fighting, and became really the main fight arranger in British film and television for that time. It's amazing what I can recall from seeing The Prisoner again.

CM: I guess in closing, I should ask: what do you think of The Prisoner?

DN: I've enjoyed what I have seen from the time I first saw it. Back then, it was in black and white for me.

CM: Thank you so much for your time. Now let's eat!