THE MOPS AND BROOMS, WELL END 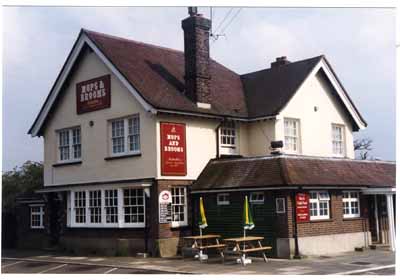 IN THE PRISONER: During the car chase in "The Girl Who Was Death", Death performs a u-turn in her Jaguar in the car park in front of a pub. Number Six follows and reverses in before doubling back.

IN REALITY: The Pub which Death turns round outside of is the Mops and Brooms, Rowley Lane, Well End, Hertfordshire, and was near to the MGM studios in Borehamwood where much of the series (including the later "Witchwood" sequences) was filmed. These three photos were taken in 1989, 1994 and 2004 and, as you can see, the pub exterior has not changed during that time. 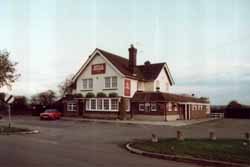 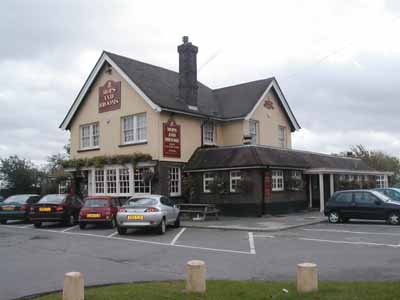