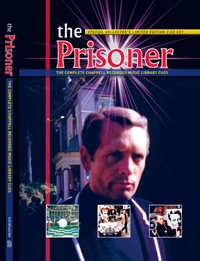 This special collector’s 3 CD edition makes available for the first time, the complete archive collection of incidental music from the Chappell Recorded Music Library as used in the 1967 Everyman TV production the Prisoner. For the series, some music was specially composed (this is included on various other releases, such as Network's soundtrack set), the rest came from Chappell's music library.

Aimed at the connoisseur of Prisoner music and specialist communities dedicated to the appreciation of library music, television incidental music and British light music, features include:

This CD set cannot be obtained from retail shops; it is now available from The Unmutual Website Village Shop HERE, with a contribution, at no cost to you, to TUW's event fund for Ty Gobaith Hospice..