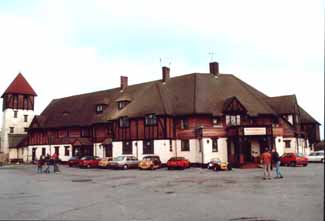 IN THE PRISONER: In "The Girl Who Was Death", Number Six pulls up ouside his "local" pub, before entering to drink an array of alcoholic drinks.

IN REALITY: The pub was The Thatched Barn, Elstree Way, Borehamwood, Hertfordshire, and was near to the MGM studios in Borehamwood where much of the series was filmed. The building was demolished in 1989 and the Elstree Moat House now stands on the site.

LOCATION REPORT: The Thatched Barn was commissioned in 1927 by a lady called Mrs Merrick and it was opened as a 'roadhouse' in 1934 where film stars of the day could meet a certain class of lady! In World War II it was requisitioned by the Special Operations Executive who not only trained parachutists to jump off the balcony but also tested small submarines in the outdoor swimming pool! By the end of the war the building had fallen into a state of disrepair and after its owners went bankrupt it was owned firstly by Irwin Allen of Lost In Space fame, who ran it briefly as a casino, and subsequently by the Tolaini Brothers who refurbished it and again attracted the stars from the nearby film studios of Elstree and Borehamwood.

During the making of The Prisoner the bar was frequented regularly by Patrick McGoohan who was obviously impressed enough to feature it when a a location was needed for "The Girl Who Was Death". During the filming of this episode a Lotus Elan was driven up to the restaurant entrance and McGoohan's stand-in entered the building for the bar room scene. The interior scenes were of course shot on the sound stage at MGM Studios. 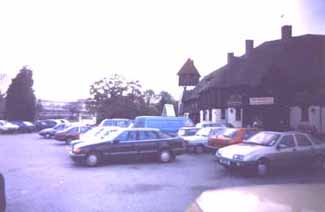 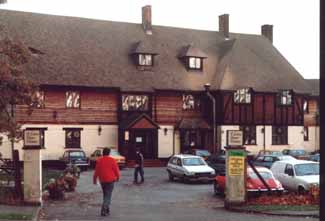 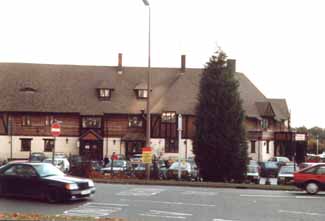 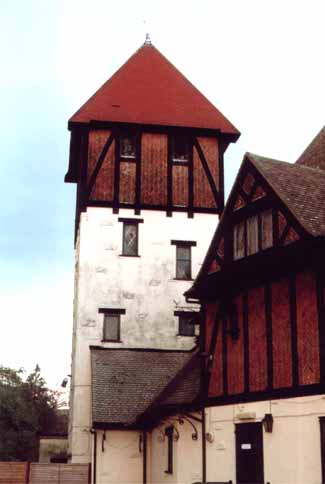 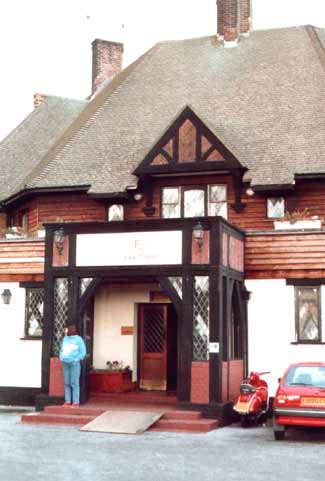 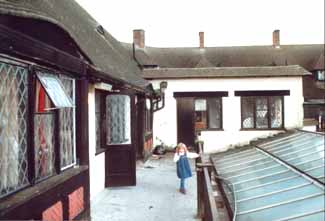