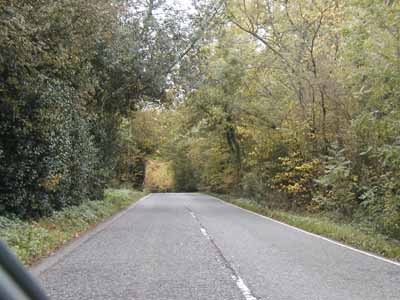 IN THE PRISONER: During the car chase in "The Girl Who Was Death", Death works some sort of magic, causing Number Six's car to rotate on their way to the ghost-town of "Witchwood".

IN REALITY: These scenes (back projected so that the spinning car effect could be achieved) were filmed in Well End Lane, Well End, Hertfordshire, which was near to the MGM studios in Borehamwood where much of the series (including the later "Witchwood" sequences) was filmed. 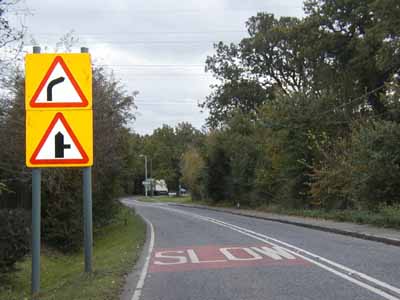