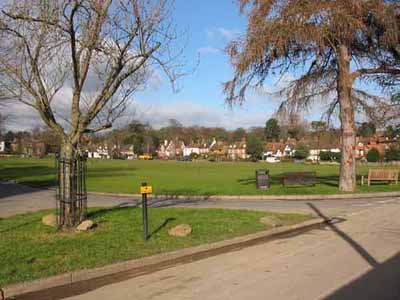 IN REALITY: The cricket scenes were filmed at four (if you include the studio backlot at MGM) seperate locations, including some establishing / long-range shots here at Bearsted Village, in Kent. Other locations were Meopham in Kent, and Eltisley in Cambridgeshire.

Click here to return to the Unmutual Locations Gallery