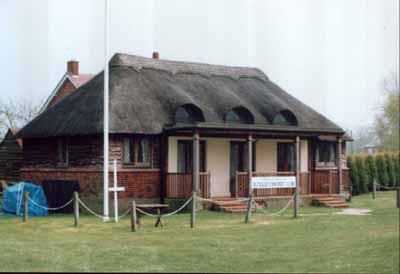 IN REALITY: The cricket scenes were filmed at four (if you include the MGM studio backlot) seperate locations. The scenes involving Potter keeping watch/score, and close ups of the principal performers were filmed at Eltisley cricket Ground, near St Neots in Cambridgeshire (the McGoohan close-ups were filmed on the studio backlot). Establishing shots were also used from Bearsted in kent, and stock footage from Meopham in Kent.

LOCATION REPORT: This charming location remained unspoilt by progress when visited in the early 1990s. The photos taken at that time show the charming Eltisley Cricket Club thatched pavilion complete with an appropriately adorned flag pole along with the cricket field itself being attended by a dedicated groundsman and the attractive village signpost with cricket scene.

At the time these photographs were taken there was some talk of sending a Prisoner eleven to play the local team in a 'friendly' re-enactment of the Prisoner game. Sadly this event never happened although an incorrectly attired team consisting of Simon Coward, David Healey, Jane Rawson and Ray Binns did practice stepping out of the club house onto the pitch!

John Drake, who played the bowler in the sequences, enjoyed the filing (click HERE for fuller interview). When asked about his memories of the filming at Eltisley, Christopher Benjamin, who played score keeper Potter in the scenes filmed here, recalled the following:

"It was a charming place and I think we went in a bus and I sat next to John Drake, who is now dead, sadly, and we got on terribly well. I think we only met once after that. But we sort of established quite a friendship sitting together on the bus and sitting around in that very delightful village and its cricket ground.. It was fun. It was nice and John was nice. I thought it weird to be called John Drake wasn't it. He was not so sure about it himself." 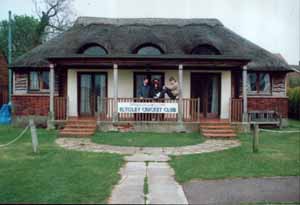 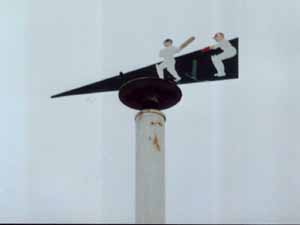 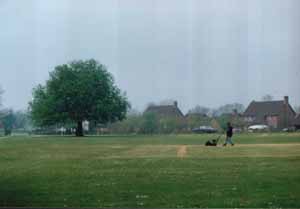 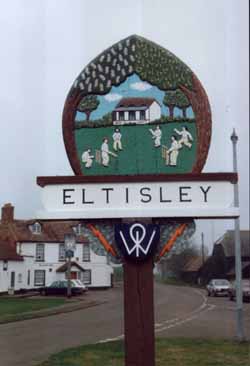 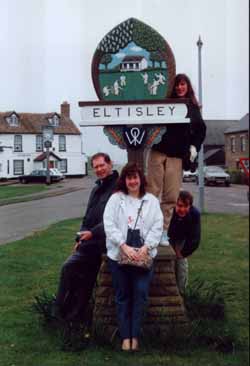 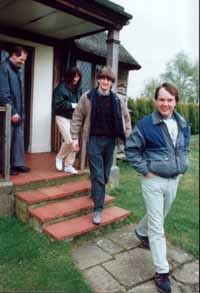