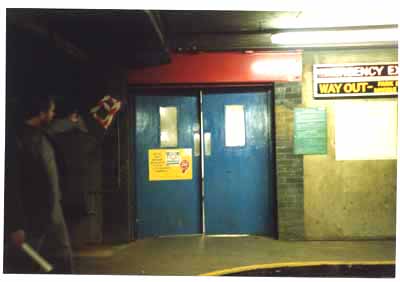 IN THE PRISONER: This location is seen in the series' opening sequence after Number Six has entered the car park, passed under the barrier, and driven along the left wall to park. He is confronted by a set of double doors with the words "WAY OUT" displayed on them. He pushes the doors open, before setting out on his purposeful walk down the corridor.

IN REALITY: This set of double doors were located in one corner of the Cumberland Gate underground car-park, underneath Park Lane, which leads to the Park Lane pedestrian access subway. Unfortunately, these doors were demolished in the late 1990s when the car-park was refurbished and the site (see below) is almost unrecognisable to that seen in the series. This location forms part of the twice-yearly Prisoner Location Walkabouts (details on our events page).

The set of doors he pushes to enter the corridor, are the same doors he pulls opn to enter the office (filmed from two different sides). The office set was actually built in the location (confirmed by Camera Operator Robert Monks and others) where the parking office now stands. 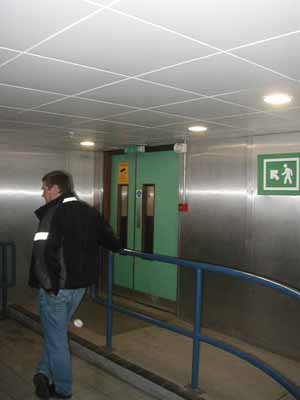 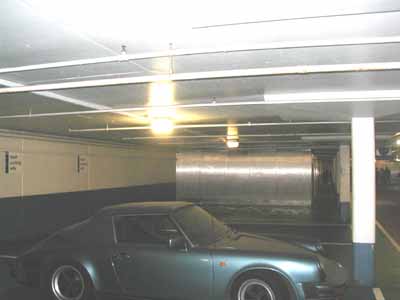