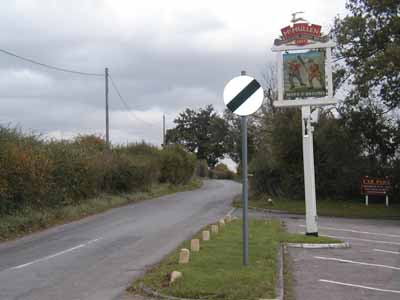 IN THE PRISONER: During the car chase in "The Girl Who Was Death", the white Jaguar driven by Death, is seen doing a u-turn in the Mops and Brooms pub car park, forcing Number Six to reverse and double back up Rowley Lane.

IN REALITY: Rowley Lane , Well End, Hertfordshire, was near to the MGM studios in Borehamwood where much of the series (including the later "Witchwood" sequences) was filmed. The view shown in the photo left is seen briefly on screen as the blue Lotus Elan accelerates away after reversing and doubling back at the Mops and Brooms pub car-park. The photo below shows the view seen as the car is reversing. 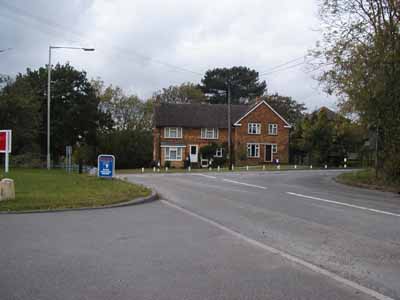